Ricardo Baretzky President CYBERPOL & ECIPS agencies -over 25 years of experience and broad involvement in International Cyber Intelligence and information and operational technology security leadership across both the public and private sectors. He is President and Global Chief Cyber Strategist for CYBERPOL, the International Cyber Policing Organisation and President of the European Centre for Information Policy and Security (ECIPS) which is the mandated “Global Watchdog” on monitoring and investigating International Security Threats.

Dr. Stelios Platis has taken up the position of Chairman of the MAP S.Platis Group and MAP FinTech – he is regularly invited by international media to talk about current economic and political affairs, including the BBC, ITV, CNN, Bloomberg, ERT, MEGA, CyBC. He has been quoted by Dow Jones, Reuters, Financial Times, Washington Times, Moscow Times, Le Monde, among many others.

Kate Fazzini is Cybersecurity Reporter for CNBC. Before that she reported on cybersecurity for The Wall Street Journal. She previously served as a principal in the cybersecurity practice at Washington D.C.-based Promontory Financial Group, now a division of IBM. Prior to that, she served as a vice president in cybersecurity operations at JPMorgan Chase. Fazzini teaches in the applied intelligence program at Georgetown University.

Arik Brabbing, the Former Head of the Cyber Division and Head of the Jerusalem-Judea and Samaria Division at the Israel Internal Security Agency (Shin Bet) Arik Brabbing, (cover-named “Harris”) in the Israel Internal Security Agency, was up until a short while ago, a senior commander in the secretive agency (with a rank equivalent to a Major-General in the IDF). His unique field experience, combined with his command of the organization’s cyber division have made him an expert on the fight against terror. He is a sought after speaker, panelist, and interview in major conferences and media outlets in Israel and abroad.

Andy Bates joined the Global Cyber Alliance (GCA) in September 2017 as its Executive Director for the United Kingdom, Europe, Middle East and Africa. He brings more than 25 years of experience to GCA, having served as a Chief Engineer, Business Development Consultant, Product Development Director, IT Director in Racal, Cable & Wireless and Level3. Mr. Bates most recently served as the CTO at Verizon EMEA. While working across a range of technologies such as network, cloud, mobile, VOIP & identity, Mr. Bates has tended to specialise in large secure solutions for governments and challenging the status quo and conventional wisdom of security. He was deeply involved with systems such as Government Secure Intranet, PSN, Police National Network, as well as working with all the major UK government departments and international government customers and agencies.

Matti Inbar is a Senior Military and Security Correspondent at the i24NEWS French Channel. He has been covering the region for more than two decades and has regularly joined the Prime Minister’s delegations in the USA, Russia, and London over the past six years. Matthias anchors the weekly ‘Defense’ magazine show on the French Channel which gives him the opportunity to interview senior officers of the Israeli security forces and elite units – Police and Army – and is usually embedded with them on the ground. He joined the channel seven years ago (2013), from the launch of i24NEWS.

Dr. Herbert Nelson has a range starting with over 30 years of US military service, to government contracting, as well as research, competitive and intelligence analysis in various markets, international IGO agreement violations, proliferation of illegal goods, cross-border trafficking illegalities, and market analysis. Goal is continued work within the government and within the international arena to address complex issues as they have a direct impact on our lives.

Asher Ben Artzi Following 34 years of service with the Israel Security Agency (ShinBet) and with the Israel National Police, Chief Superintendent Asher Ben Artzi has retired to civilian life. He holds an M.A in Administration from Haifa University. During his tenure with the Israel National Police, Chief Superintendent Ben Artzi served as the Director of the Security Department and then the Director of INTERPOL & International Operations. Chief Superintendent Ben Artzi’s duties covering the international illegal drug trade, terrorism and organized crime included extraditions of Israeli citizens abroad engaged in criminal activities, legal assistance to foreign police representatives in Israel and legal assistance from foreign police and intelligence agencies.

Dusan Kozusnik, CEO – Compelson LabsBiography:
Dusan graduated with a master’s degree in Computer Science as MSC with a focus on computer security, and during his studies founded Compelson Labs in 1991. He has been the chief architect of security software and hardware products since then. In addition to creating a few worldwide successful products, with his team Dusan built the MOBILedit platform, starting modern phone forensics as we know it today. Speech
Taking phone forensics to the edge of possibilities – from software hacking to chip-off.

Christopher Salgado X- FACEBOOK Investigator -An accomplished and trusted security and investigations leader with more than 18 years of cyber and physical investigations, security as well as innovative process implementation and refinement for diverse organizations. Director- level management of persons and global operations in corporate risk, brand protection, supply chain, criminal, civil, surveillance and SIU investigations. A transformational leader with democratic engagement who promotes loyalty to the client, team, company and cause. Skilled at managing large teams of investigators, intelligence analysts and support staff cross-culturally and across time zones. Expert in investigations, court testimony and counterfeit detection. Global consultant who has delivered presentations to Europol, Interpol and the EU Commission.

Prof. Jorij Abraham, Managing Director Scamadviser.com. Jorij Abraham has been part of the international eCommerce community since 1997. He has been manager e-commerce at Bijenkorf (an upmarket department store chain), TUI (Europe’s largest travel organization), online publisher at Sanoma Media (the largest media company in the Benelux) and Director of Consulting as Unic (an Europe wide e-commerce strategy & implementation firm). In parallel to these activities he (fellow) founded two companies, eVentures Europe and vZine. From 2013 – 2017 he has been Director of Research & Advise at Thuiswinkel.org (the Dutch Ecommerce Association) and Ecommerce Europe (the European Ecommerce Association with 25.000+ members in 20 countries). He now is Managing Director of the Ecommerce Foundation, whose mission is to foster global digital trade. He is also e-commerce professor at the University of Applies Sciences, TIO.

Mark Howard, founder of Global Brands Protection Ltd developed a software solution to disrupt the copycat site fraternity from walking away with the content so easily and then have since added other brands and solutions to synchronize and complement the Affirm-first package. Global Brands Protection Ltd is a partner with Global Cyber Alliance and we are committed to secure digital assets online and make web sites safer to help protect shareholders, officers , brand owners, from legal claims, protect the values of IP for brands and above all protect the consumers from being scammed and being hit with counterfeit goods and being cheated out of their hard earned incomes.

Maya Horowitz is the Director of Threat Intelligence and Research at Check Point Software Technologies. Maya is responsible for leading the intelligence and research efforts while leveraging her team’s analysis into threat prevention products. Prior to Check Point, Maya served 10 years as an officer in the intelligence unit of the Israel Defense Forces. She holds a master’s degree in psychology and biology (psychoneuroimmunology) from Tel-Aviv University, Israel.

Darren Mott entered on duty with the FBI in 1999 and during his 20-year career he worked both the cyber and counterintelligence threats. SSA Mott worked in the Charlotte and Cleveland Field Divisions and worked at the cyber and counterintelligence national program level at FBIHQ. SSA Mott was responsible for building a working relationship between the FBI and Russian FSB to collaboratively combat the cyber threat and in 2011 he created the first national level program blending the counterintelligence and cyber disciplines within the FBI. This program recognized the relationship between nation state intelligence services and cyber actors and helped blend the investigative resources within the FBI. Mott possesses Masters Degrees in Education and in Cybersecurity Policy and Risk Analysis.

Dr. Carlos Estrada Nava – Computer Forensic and Incident Response Consultant at private firm Vestiga Consultores (ex Kroll Inc., FTI Consulting, and EY). In Mexico, Cybersecurity Professor of the “Master in Intelligence for National Security”, of the National Institute of Public Administration (INAP). He has been an organizer and speaker in Machine Learning courses (2020) and Data Science (2017) for the Senate of the Republic in Mexico. SANS Institute Courses: Advanced Digital Forensics, Incident Response, and Threat Hunting; Cyber Threat Intelligence;and Reverse-Engineering Malware.His most recent publication on Cybersecurity is the paper “Atlas of risks for National Cyber Security in Mexico”, in the INAP Public Administration Magazine.

Alex Trafton is a seasoned business leader with global security and risk management experience. Alex spent years working in conflict zones and non-permissive environments developing and implementing risk management and data security solutions. Currently Alex is the director for the southwest United States at Pinkerton Consulting and Investigations, where he is a member of the crisis management working group. In this role he has been responsible for major digital forensics and incident response investigations across the globe. Alex is focused on blending different disciplines of risk and security and translating them into the language of finance to help business leaders protect their organizations from evolving global threats.

Alderman Emma Edhem is an elected Member of the City of London Corporation, sitting on the City of London Police Authority Board, serving on the Economic Crime and Police Standards and Integrity Committees. Previously served as Lead Scrutinser for Strategic Firearms and Public Order.

Hosted In Partnership With

The Summit will cover the following topics: 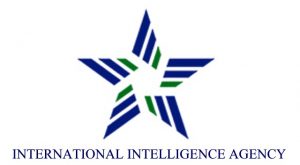